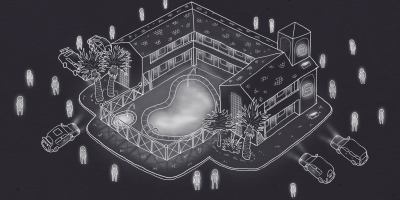 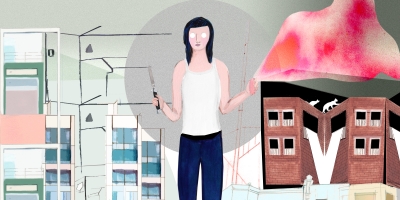 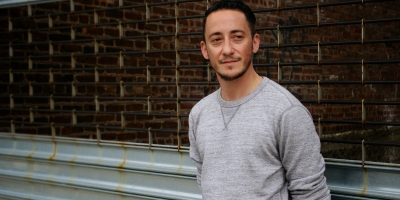 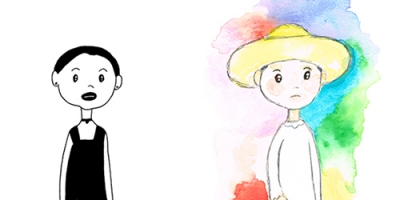 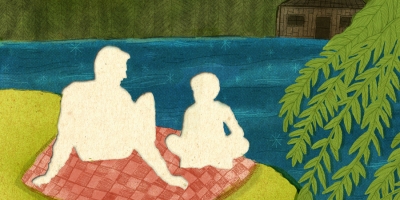 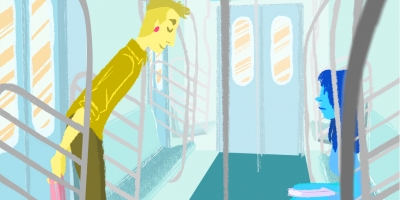 Recently, a friend of mine asked for feedback on her manuscript. Her novel was filled with complex characters, a thought-provoking plot, and enough intrigue to keep the reader riveted. I did what any good editor and friend would do, honestly praising the good parts, and delicately noting which parts could use work. This part is confusing, I wrote. This part seems out of character. She nodded along while reading my notes, completely prepared for all of my comments, except for one: Where are the people of color?

When we discussed this later, she (a white writer) admitted she feels uncomfortable adding people of color (PoC) to her fiction, as it feels disingenuous. “Write what you know” and all that. How could she add, say, a Japanese person without it seeming like a token gesture?

Okay, so maybe this isn’t the best tactic, as a person’s background, especially race, can affect so much of their day-to-day living. For example, a half-Japanese person like me, who grew up in a liberal California suburb in the eighties, will have a different perspective on things than an octogenarian Japanese immigrant who moved to Vancouver in her twenties, versus a fourth-generation British-Japanese man who grew up around Koreans, versus an Okinawan teen visiting New York for a month. Background can affect what this person eats for lunch, their views toward religion, politics, war, death, and pretty much everything.

So yeah, it’s gonna take more than a name change to add a little color to a manuscript.

On the other hand, we’ve all seen token ethnic characters fall prey to annoying stereotypes. My whole life I’ve avoided watching Asians in American film and television for exactly this reason. It’s a specific type of humiliation to be associated with these tropes. Think Long Duck Dong in Sixteen Candles, or the cute little Japanese girl in Candleshoe who busts out with karate moves in the middle of a fight scene, apropos of nothing. All throughout my childhood, my white schoolmates asked if I knew karate. Sometimes I let people believe I did, because why not? At least it’d keep those A-holes off my back if they thought I had a little bit of power.

And then there are the people who teach this kind of lazy characterization.

In college, I created an 8MM film starring my sister, who is half-Japanese like me. Quick synopsis: an escort (portrayed in black-and-white and always shown in close-up) is chauffeured to her next john. She falls asleep and dreams of a sweet little girl playing at the beach in an innocent white dress (filmed in color). When the escort wakes up, the camera pulls back, and you realize it’s the same eight-year-old girl in both scenes! Shocking!

The teacher had some things to say about the soundtrack, which involved industrial music in the stark, black-and-white scenes, and gauzy, ethereal music during the color scenes.

Aside from doing research in order to make a believable character, in addition to leaving one’s personal (and media-learned) biases at the door, I don’t know the right answer to my friend’s question. How can she infuse PoC into her story in a believable manner, when her experience has only ever been as a white person? What are some pitfalls to avoid, and some goals to strive for?

I’ve decided to pose this question to some of my favorite cartoonists—people who have experience not only writing diverse characters, but portraying them visually as well.

First things first, check your privileges. I suggest reading White Privilege: Unpacking the Invisible Knapsack by Peggy McIntosh, which can be found online. Even stereotypes of PoC that seem positive on the surface (a really smart Asian person! A sassy Black woman!) are still harmful if they are stereotypes. This isn’t about censorship or being PC, but being extremely aware of the fact that as a non-PoC person, your depictions (or lack thereof) of less represented people can carry untold consequences to the people of that community who do not have the privilege of having diverse mainstream representations of themselves to choose from.

—Yumi Sakugawa, author and illustrator of I Think I Am in Friend-Love with You

Silly “ethnic” names and stereotypical dialect should be avoided. If you’re not sure about something, run it by a few of your PoC friends.

Sometimes I will pencil out a comic strip, and flip the gender and/or ethnicity of, say, a doctor or bus driver or whatever. Their dialogue stays the same, but it is important for me to show people of color in all sorts of situations.

Don’t abuse stereotypical vernacular when writing African-American characters. Instead, vary speech patterns for your black characters, because we all talk differently!

—Whit Taylor, comics critic, author and illustrator of The Anthropologists

I’m Chinese, and in this panel I wanted to write about queer Black culture. Judge for yourself if I did it justice, but here’s my advice: base your character, closely or loosely, on a real person. Consult with them as you write it. Let them edit it. Credit them generously. Repay them, at the very least with a copy of the book. If you can’t do this because you don’t have any friends of the particular background, then you probably don’t have the life experience to write that character convincingly. (Also a good moment to seriously reconsider your friend selection process.)

Remember, too, that characters can be mixed—identity is increasingly about entwining multiple ethnic and racial backgrounds.

Don’t make your Asian character carry a katana and don’t put chopsticks in their hair (this isn’t a real thing, by the way). Ask your PoC friends to read your stories. If you have to ask if something is racist, it probably is. Base your characters on real people, but don’t just project your own feelings into a stranger’s life. Don’t assume that because someone is a minority that they’ve lived a certain kind of life.

First and foremost, the artist must ask himself if he should add various ethnicities to the work. I support increasing the diversity in comics, but…what is his motivation behind inserting a PoC? Is it in service of the work, out of a feeling of guilt and obligation, or out of a (probably well-intentioned) desire to diversify? Not all motivations are alike just as not all intentions are created equal, and unless there is a reason beyond “I feel like I should,” it might be better to leave the character out until their reason for being in the work is as rich and nuanced as the others. It’s important to remember as well that, looking beyond racial and cultural differences, and as hackneyed as this might sound, people are people and share the same motivations and flaws. This should dictate their actions/presentation as much or more than their color. Keeping this in mind will help create richer and more believable characters.

Also, consider the environment that the PoC is being placed in and what effect that would have both on the PoC and those he or she interacts with in that world. As an example, there are effectively no blacks in NASCAR. A cursory Google search revealed three in the sport’s history. With this in mind, if one were to write a story with a black NASCAR driver, it is crucial that the uniqueness of the situation is at the very least addressed if not explored more deeply. Simply parachuting a character into that situation would be absurd because his experience would be so unlike the other drivers—their reaction to him, how he was viewed by the fans and media, would be entirely alien.

—Frederick Noland, author and illustrator of Black Sheep and Infallible