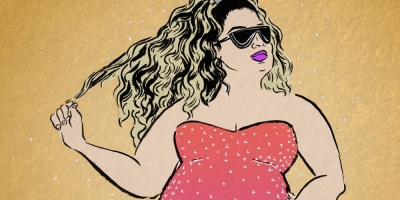 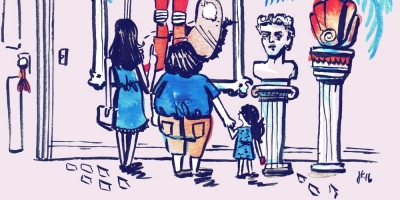 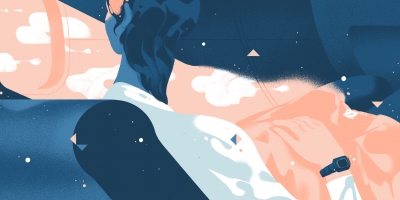 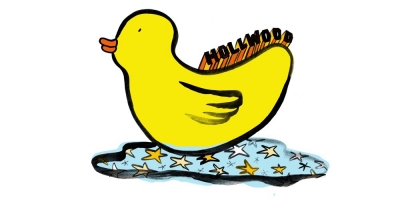 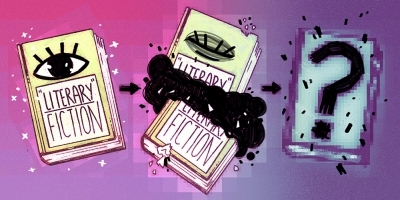 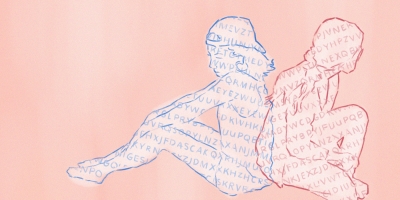 Bebe Wong paid twelve dollars for herself and her granddaughter to enter a dead woman’s mansion and look at her things. Bebe was a plump woman of sixty, shaped like a quail. Her features were wide and flat on her face, with a short curved nose, gray mottled hair, pale legs, and eyebrows plucked to match her constant state of amazement. The eight-year-old granddaughter was small enough to fit into Bebe’s shadow when they’d waited at the curb in the broiling Massachusetts sun for a bus to take them to the mansion.

Bebe paid two more dollars to hire a svelte Filipina to guide them through the mansion’s maze of rooms. The volunteer had a pale mustache and smooth caramel skin, and wore an olive dress with a lace collar that she had sewn on.

Bebe and her granddaughter followed the volunteer from room to room. Bebe admired her own passing reflection in the lacquered fans and beveled mirrors. She nodded approvingly at the glossy signs tacked to walls: “No Sitting.” “Place No Object Here.” “No Shouting, Running, or Gum Chewing.” She swatted at her granddaughter’s hand, which had reached out to touch a suit of armor stationed in the corner of the great room. She gently tugged the girl’s long braid after her granddaughter flicked the nose of a taxidermied fox. The child, each time, stared indolently up at her grandmother. The air in the museum was so quiet you could hear the paint peeling and the metal rusting. Bebe wondered, as she often did in elegant places like this, who the child really belonged to. How could such a girl be her granddaughter?

Bebe held the cold railing as they ascended a steep marble staircase, occasionally peering down at the interior courtyard’s giant ferns. She was panting when they reached a roped-off floor where preservationists had restored the mansion’s furniture. Bebe wrinkled her nose, overwhelmed by the odors of turpentine, hardened leather, beeswax, and varnish. She was sweating heavily, cheeks pink, by the time they reached the top floor. In the Letter Room, she bent over a display case that held a stack of brittle yellowed papers covered in a thin inked scrawl.

“What’s so special about these?” Bebe asked, her breath fogging the glass.

The volunteer tapped the case with a slender finger, like a woodpecker drumming for its dinner. “Mrs. Isabella knew lots of famous people. I’m not sure who these letters are from, but probably Elizabeth Taylor.”

“How much do you think they’re worth?” Bebe asked, suddenly rejuvenated.

“Oh, at least a million dollars. Maybe even more.”

Bebe nodded. “I save letters, too. I save everything. Absolutely everything.”

“Do you want to see something that’s worth more than anything else here?” The volunteer led them to a painting of a woman in a golden suit of armor, with red boots and red tights and a sword in each gloved hand. At the woman’s feet was a baby swathed in muslin—but the lower half of its face was scratched off, leaving ripples in the canvas and cracks in the surrounding paint. On the engraving beside the painting were the words “Marye the Queen (and baby).”

“Notice the gold knee pads over her tights,” the volunteer said.

“Ooooh! How unusual!” Bebe’s eyes were the size of self-serve car-wash tokens. “A woman, so strong. Fighting! Do you think the armor was really gold? Can you imagine how heavy it must’ve been? Just look at the queen’s posture,” Bebe said. “So regal.”

“Marye was a warrior but no queen,” the volunteer responded. “Do you see how rough and calloused her skin was? She fought and worked with her hands, outside. Look how smooth my skin is.” She stroked her own cheek with her fingertips.

Bebe turned to her granddaughter. “See? I’ve told you over and over to wear sunscreen. People can tell, even from a painting, when you are not a lady.”

“What happened to the baby’s face?” the granddaughter asked in a small voice. She scratched at a hole in her yellow cotton dress near her upper thigh. The hole was enlarging, and Bebe could see that her granddaughter wore no underwear; instead of ducks or hearts printed on cotton, Bebe glimpsed pink skin, cut with red streaks. Bebe imagined herself donning the gold breastplate and red gloves, slapping her granddaughter’s fingers to say, “Stop thy scratching or face the wrath of Bebe the Queen!” She took her granddaughter’s hand and squeezed it. The girl pulled out of Bebe’s grasp.

The volunteer’s black eyes narrowed. “Too much scratching. That’s what made the hole.”

Bebe let out a nervous laugh and tried once again to grab her granddaughter’s wrist.

“I caught the vandals myself.” The volunteer’s gaze returns to the painting. “Right here. The parents just let those kids run wild. Didn’t care about the rules. And I found them going at that baby’s face, scraping at it with coins from their pockets.”

The three studied the painting, and it was in this silence that Bebe noticed a young mother who had slipped into the room. The woman had a large forehead and dark, watchful eyes the color of coffee grounds. She sat in the corner, breastfeeding her infant on a red velvet chair that was clearly a display piece. Completely still, the woman might have gone unnoticed had she not lifted her arm to adjust the baby’s red blanket.

The volunteer called across the room, “What are you doing?”

The mother looked up.

The volunteer approached the mother. “Those chairs are not for sitting.”

At first the only response from the mother’s corner was the sound of the baby’s gentle suckling, like steady kisses. “It’s so hot outside,” the mother finally said.  “And we paid our twelve dollars. I need to sit but there are no places to sit in this goddamn mansion.” She smiled, revealing a narrow gap between her front teeth.

“Get off or I’ll get a security guard,” sniffed the volunteer.

“Now, do you hear this?” the mother fake-whispered to her baby. “Do you see what happens when you break the rules?”  The baby smacked its pink gums, and the mother trained her gaze on Bebe’s granddaughter, who was still scratching at the hole in her yellow dress. “Do you know where babies come from?”

The girl shook her head.

“Don’t listen to her,” said the volunteer. “Babies are made out of a mommy and daddy and Jesus’s love.” She waved her arm, trying to signal to someone in another room.

The mother laughed. Her breast jiggled and fell out of the baby’s mouth, her nipple a brown Hershey’s Kiss. “There’s no Jesus that can do what I’m doing.” She flashed the gap in her smile, and the red blanket slipped. The rounds of the baby’s rashy cheeks were peeling, dappled yellow and red like an autumn maple leaf.

“And you?” The mother turned to Bebe as the volunteer charged out of the room to retrieve a security guard.

Bebe’s heart pounded and she felt thirsty. She licked her dry lips, but her tongue was dry too.

“Why are you here?” the mother asked. “Why bring that girl here?”

Bebe studied the stained glass above the woman’s head. The image was of an overweight man, stuffed in velvet and lace, holding a blue chrysanthemum. Bebe could not see through the colored glass whether any clouds had come to temper the midday sun.

“We’re on a tour.” Bebe showed the pamphlet and ticket stub clenched in her hand as proof.

“No, I’m saying, what are you giving that girl by coming here? What does all of this mean?”

Bebe searched the stuffy room for answers. She studied the hole that was once the painted baby’s face, the brightness of the warrior’s gold breastplate. What did it mean to have a gilded life laid out, catalogued, and guided through by mustachioed volunteers? What were brittle, yellowing letters without a glass case? Stained glass without sunlight? Paintings with holes gouged out by teenagers? Bebe searched the gap in the mother’s teeth, the drabness of her granddaughter’s eyes.

“Go on, get going,” the mother said impatiently. “You’ve gotten your money’s worth, haven’t you?”

Bebe grabbed her granddaughter’s hand and nearly crashed into the stunned volunteer who had just returned with a pimply teenage security guard. It took Bebe and her granddaughter a full minute to reach the exit. As soon as Bebe opened the door, a wall of heat, wet and curdling, hit them full in the face. On the sidewalk, their shoes melted into the pavement. They dodged the splattered remains of eggs someone had fried on the blistering concrete. They lifted their feet, moved their legs faster and faster. Bebe dragged her granddaughter behind her like a limp kite, to catch the bus just before it pulled away from the curb.