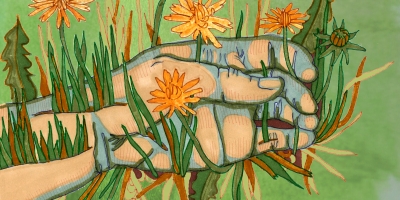 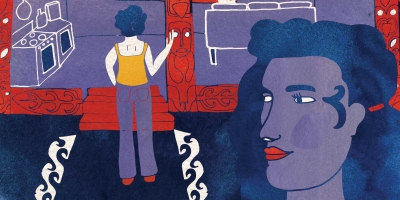 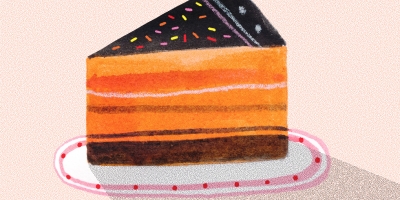 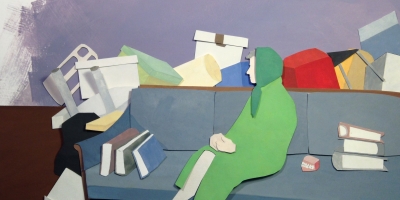 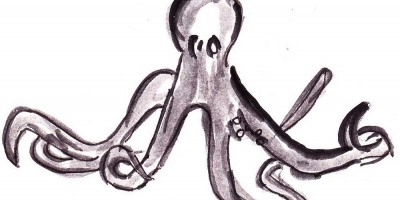 In many ways, I have always spoken from a place of privilege. I grew up in the Far Northern sticks of New Zealand. We lived in the bush-clad surrounds of my mother’s retaliation. She had left behind her moneyed family, given up on the big city. Her renunciation took the form of an airy, one-room garage with an outdoor bathtub, a woodstove, and a spring fresh from the damp earth that bubbled with drinking water. Our home.

We existed simply, we four kids and two parents, with our herd of goats that my father milked every day to provide us with dairy and income. We had a few horses and some wild pigs that constantly dug up the vegetable garden, and little else—but lots of kids at my school didn’t even have a house. Or a home. Or somewhere constant. We all used the word ‘stay,’ rather than ‘live,’ to reflect this. “Where are you staying, ehoa?” “Who do you stay with?” “Aw, I stay up the valley, eh bro.” The Māori kids especially talked this way. I learned Māori, I danced kapahaka, I tried to hook up with Māori guys at parties. But I always had a big block of land to go back to, a nice patch of bush, and I had it because my parents had known money from elsewhere. They’d purchased land which until that point in time hadn’t been purchasable.

We always thought that ‘no one’ lived on our land before us. Our dad, Ben, had walked each square meter and knew every crevice. He’d leave early in the morning and return in the evening for dinner; the land, it seemed, was his family. It was rough, jungly growth, steep valleys, and far from ‘anywhere’—a place of horseback and tractor journeys. But the chilling truth was there in the greenstone adzes Ben brought back from the stream one day, so smoothly carved into weaponry. The truth was there in the midden piles we found buried, heaps of scoured shells, thirty kilometers from the coast. Pieces of past habitation. This wasn’t our land. We were simply staying there.

My mother was content with simply staying places, if contentedness can ever arise from necessity. She didn’t really have a home, only an idyllic, impractical hut, only some beautiful, stolen land. We are the offspring of colonizers; we balance on the shoulders of roamers.

The biggest piece of memorabilia my mother left me was the sehnsucht she felt at never finding out where she was from. A bittersweet longing for something that never was. Her mysterious, artistic progenitors gave her up for adoption at birth, then disappeared in wedlocked shame. Her adoptive parents were of great social standing and even greater cruelty, so much so that she came to associate wealth with destruction, material means with contempt for humanity.

She imagined her originators as an antidote to this distress. She sought them out, colored them, in her mind’s eye. A harking back to the bones, a communing with the ancestors.

When you enter a Māori marae, a meeting house, you enter into fluid past and present. Your ancestors line the walls in physical carvings and are concurrently present in spirit. You greet them, you acknowledge them, you bless them. All of this is so that you might move forward.

My mother’s adoptive family were white business folk, who preferred artificial grass to real grass. They read hymn books and stock reports rather than literature, they preferred silent prayer to outward expression. There was no dancing allowed in their household. None of their world explained my mother’s artistic side. None of their world explained her questing spirit, her fascination for ideas.

Ngaire, her biological mother, did come back to her later in life. That is, she decided she wanted to meet the child she’d given away, and put in a request with the nuns who’d overseen the adoption. Had my mother felt more at peace with her upbringing, she might not have accepted the request. She was in her thirties and had borne four children of her own, including me. But she met her mother and embraced her.

Ngaire turned out to be a cheerful, full-tilt kind of person, who was just trying to live in a happy way. Her hair curled like my mother’s, she had modest means and white ancestors, a modest white woman. She shared nothing about the man whose seed had mixed with hers, except to say he had come across the ocean, a voyageur, and his ancestors were English and, perhaps, aboriginal. Ngaire wanted to reconnect with the daughter whom she hadn’t seen since birth. And my mother wanted to know her, cautiously. All of this so that she might move forward.

They did move forward. In fact, Ngaire was one of the last people who saw my mother before she disappeared. Disappearance was something of a shared act—first the mother, at birth, then the daughter, at adulthood. But Ngaire was the only one who’d mastered the act well enough to reappear.

Our new house was nothing like our old one. It was musty, cold, and coastal. But it was only half an hour from our bush-covered land and old home, and I did not have to change schools. This was the part of our new life that brought me comfort. For my father, there was really nothing to which he could cling. He’d chosen to leave the land he and my mother had built on together because he could no longer bear to live there.

The new house, actually a summer cottage, sat on a small hill overlooking the wintry beach of Cable Bay. This Far North hub had a main road with occasional traffic and a single store. The rest of the slope leading to the bay consisted of a handful of houses, scattered across the hillside like tossed shells. An occasional, lone body walked the orange sand. When the storms came, darkbruise beautiful, they pressed down on the ocean and our dwelling. They lit the windows purple-blue.

For the three years I lived there, my father stared out, stone-faced, at the panorama of the beach all day. Previously a shadow figure in my life, he had been forced into view by my mother’s disappearance: that is, her death.

At first, the quiet man made a superhuman effort to reach out to me. He tried physical displays of affection, he tried verbalizing feelings aloud. But I had always only known my father as Ben, just Ben, the man who milked the goats morning and night and sat taciturn in his study. He had dropped out of medical school, and he sometimes wore nothing but holey underwear. He was also very fit, and he trod the hills of our property every day in a woolen vest and gumboots with Tippy, our dog, trotting at his side. He seemed to prefer animals and nature to people. Until my mother died, there was little else I knew of him.

Now I knew him through our routines, and through the dictionary of words he did not use. My older siblings had long since left home, and I lived with him alone in this new place where there were no animals and only an expanse of inaccessible nature. A place that befitted the term ‘stay.’ “I stay at Cable Bay.”

He took care of my basic needs. There was often something steaming on the stove, an omelette or veggies in black-bean sauce. In the evenings, as the light faded across the bay, the waves lapped, and the irregular beat of cars trundling down the road set a background rhythm, we would eat his meals without a word.

Ben wasn’t sick, only heartbroken. My mother’s death had been a confusing death for everyone. We did not know how to conceptualize it, let alone form words that meant the same as it. Had she killed herself? Or was her death an accident?

She had disappeared one night unexpectedly, one year before we moved to the cold coastal place. We had not known where she was for days. Search parties were sent, her information blared across the radio. We knew she had been staying with her biological mother, Ngaire, by a beach further south, but from there her whereabouts were a question mark. Had she left to hitchhike home? Had she gone swimming? We were too anxious to take Ngaire to task, this barely known relative who had seen fit to rescue my mother from the hospital during a prolonged period of mental illness. Who had not understood my mother’s vulnerability. Who had taken her—back—from the hospital, against our family’s will.

Days later, we found my mother’s body in the tide, with the waves lapping, purple, blue. Ben said it was an accident, that she just loved swimming. Some days, his view was made real to me by the fact that she was wearing a swimsuit when they found her. Some days, his view was confused by the fact that she left Ngaire’s house at midnight, that her illness was prolonged, and that the call of the ancestors—the harking back—must’ve been so strong.

We took her body and reclothed it, and we carried it back up north. She was swollen and blue-tinged in the home where we watched her. For the Auckland relatives, there was debate about where she might lie, but for us there was never a question. We carried her back to Peria, to the land beneath our first, bush-surrounded home. We lowered her body through the layers of earth. We covered her with the soil, and there she was sealed. There she would stay.