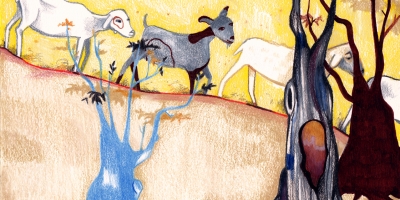 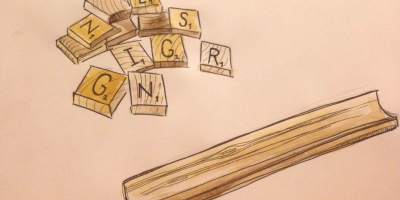 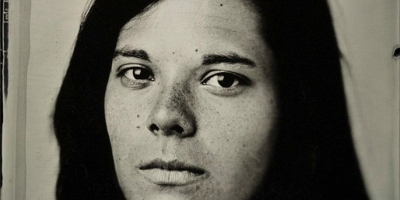 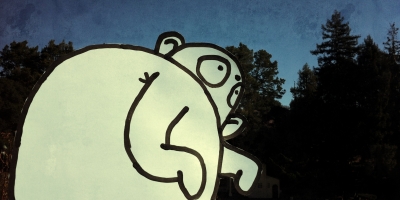 The man with the nice Russian coat found a parking spot beside the hatch shell. It would be a lucky day, he decided. His favorite band was playing, and because he was an executive at the label, he had the best seats in the house and backstage passes. He had chosen to drive that day, and everything had worked out perfectly, the traffic had been in his favor, as if it were a river moving him along to his inevitable destination, and the sun had come out, and all of the tickets had been sold.

He walked along the river, watching the sailboats. He would like a sailboat, he thought. He would have to call his secretary about finding him sailing lessons. By the dock, a beggar sat shivering in wet shoes. The man wondered how he had come to wet his shoes on such a bright, fine day.

“Sir,” the beggar said as the man was about to pass.

“Gerald,” the man said, feeling brotherly toward the beggar.

“I can see you want to ask me something,” the man said in a hurry. “I cannot, unfortunately, spare my shoes. I see that your shoes are wet. You are shivering.” The man patted his hands over his pockets for some money as the beggar shivered. He could at least hand over some cash. But then, in a fit of generosity, he said, “My coat. That will warm you. My coat is the warmest thing I have. It is the fur of Russian foxes that died of natural causes, and the finest leather.” He took off the coat and handed it over. “No, don’t argue. This is a lucky day for you, too.”

The beggar pulled the coat around himself and stopped shivering, and the man walked on, feeling generous.

When he got to the hatch shell, he looked around for his assistant. The man’s partner had hired the assistant at the beginning of the week. The man had been against the hire, but in his good mood, he decided that the assistant would be fine with a little training and confidence.

He spotted the boy at the edge of the crowd making noise as they waited to be let in to their seats. The assistant would make sure the man got to his seats without problem. “Tommy,” the man shouted over the din.

The assistant looked at him, puzzledly.

The man realized in one swoop that the assistant had forgotten who he was. It was the coat, the man decided, patting his bone-thin arms. He had given away his coat, and the assistant didn’t recognize him. He straightened his tie and said, “Tommy, let’s get our seats right away. You will not want to miss this band. It is the band that made me want into the music business.”

Tommy looked at him again, then walked away.

The man could not understand this behavior. He had been ready to forgive the boy. He had been ready to accept him as the new assistant. The man called his secretary, but she didn’t pick up. He felt a rawness in his throat as if he had already been yelling at her. Then he followed after Tommy, calling again, commanding that he get their seats. “Hand over the passes, at least, if you are trying to quit or something. If you are trying to make your boss upset in your first week.”

Tommy said, “I work for the record company. Go try to get a handout somewhere else.”

The man was about to explode. But he was an executive at the concert of his favorite band. He did not want to cause a scene that could come back to him. “It’s my coat,” he said, “isn’t it? I gave my coat to a beggar. He was shivering and I lent him my coat. If you value your job at all, you will do what you have been paid to do.”

Tommy again made his way through the crowd.

The man was not about to go after him again. Tommy could consider himself fired. The man didn’t need an assistant so badly that he would beg that assistant for help. He himself had started low in the company. True, he had never been an assistant in the manner that Tommy was an assistant, but he had handled concerts. And he was equipped to get his way, now, by the status he had gained.

He called his secretary again. She still wasn’t picking up the phone.

He stumbled toward the bouncers holding back the lines for the hatch shell, which, because it was an outdoor arena and the seating was not assigned, needed extra security and could not be filled before the time that had been agreed upon. “Excuse me,” he said, feeling a strange weakness in his legs as he tried to pass through. The bouncers would surely know that he was not just a fan; he was dressed more for a business meeting than for a concert. He never dressed, anymore, in the layers of black and ironic t-shirts he had worn as a fan. He started past the bouncers but one of them grabbed his suit jacket.

“This is a line,” one of the crowd yelled at him. “No cuts,” another said. “I’ve been waiting for an hour,” a teenager said and spat at him.

A boy had just spat at him, the man thought. A boy in a ripped jean jacket had just spat at him. Couldn’t they see that he was a man who had business at the concert? Again the man thought that if he had his jacket, the jacket that he always wore going in and out of the office during the long cold months when they produced the most music, he would not have been mistaken for just anybody.

Stay calm, the man thought. “I am Gerald Brannon,” he said, “the executive who helped make this last album the success it was.” Suddenly, he couldn’t remember the name. “Those are my seats up there,” he stuttered out, pointing. “I had them reserved months ago.”

The bouncer said he was only supposed to let through people the assistant cleared.

The man was still trying to wrack his brain for the name of the last album, his favorite the band had ever done. “The assistant,” he said, “the boy Tommy, refuses to recognize me. Or maybe he is angry. I didn’t think he was the right person for the job, and I may have mentioned this, I may have said we would go in another direction, and then that direction declined our offer, and another, as well, and Tommy was who we had left. He started Monday. He hasn’t recognized me without my coat, which I gave to a beggar. Or he is only angry with me, in which case, he is fired.”

The bouncer looked at him strangely—the man thought the bouncer was trying to decide whether to believe him, and he refrained from puffing his chest out.

The man nodded. His favorite band was about to play. He had tried to be nice to a beggar. He shivered.

“You are supposed to be a music executive?” And the bouncer laughed, and the bouncer beside him laughed. It was like a bad music video, the man thought.

“Let me in right now,” the man said, coughing. “Or you’re fired.” He coughed again and rose a fist to his throat.

But he drew nothing but further laughter. The bouncers were already convinced. The man would have stayed and continued to berate them if he hadn’t seen the beggar approaching the hatch shell in his, Gerald Brannon’s, coat. The man pushed quickly through the crowd.

When he got to the beggar, the beggar said, “George.”

“Gerald,” the beggar said. “Thank you for this coat. I’m quite warm.”

The man hesitated for a second, but it was his coat, he shouldn’t feel guilty. “About the coat,” he said.

“Yes,” the beggar said. “The coat is wonderful. It must be the best thing anyone ever gave me.”

The man wondered why the beggar was making this so hard. “The coat,” the man said, coughing again. “I’m sorry, but I must have it back. I need it so that my assistant will recognize me.”

The beggar was surprised. The man could see that the beggar’s shoes were still wet, but he was not shivering—because of the coat. “You saw that I was cold before,” the beggar said, as if reading the man’s thoughts. “And now I am not. And you would take the coat away from me.”

“Not the coat,” the man said. “My coat. I gave you that coat and now, now that you are warm,” he added, “I am asking that you give it back.”

“You can’t just give something,” the beggar started.

“Now look here,” the man said, cutting him off. “That is my coat on your back.” His voice grew louder. “That is my coat. And I gave it to you out of kindness. And now I am asking you to be kind and return it.”

“You can’t just give something,” the beggar started again, “and then withdraw it.”

“It is mine,” the man said. He was shouting now. He began to feel the presence of people around him. “If you won’t give it to me, I will make you give it.”

The beggar drew the coat around himself. He lifted his shoe and the sidewalk underneath was wet.

“Give me my coat,” the man shouted again, raising his arms like an animal making itself seem bigger than it was.

The beggar backed away. The crowd from the hatch shell had started to drift back toward them, trying to see who they were.