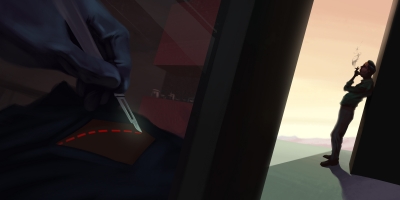 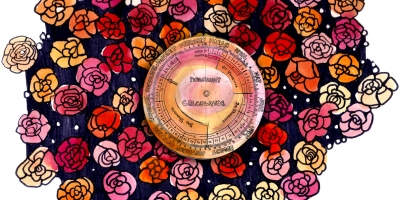 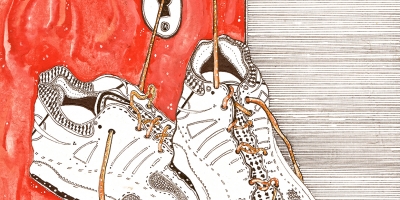 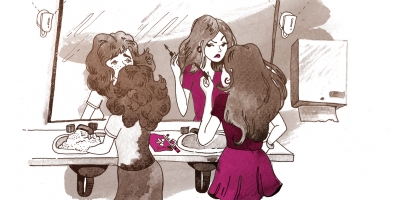 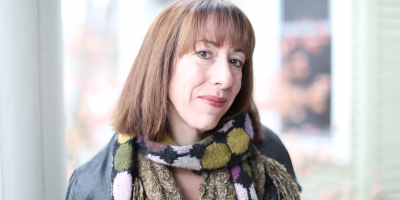 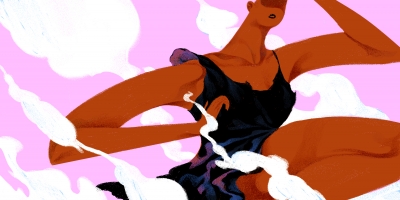 Miri went on a date with a squid, and it was exactly what she deserved.

The squid was shorter than its profile promised, but Miri was used to that. The squid was also very nervous, having just gotten out of a long-term relationship, and it admitted as much. Dating was rough, Miri offered, and the squid agreed, and they laughed about it, but it didn’t make the squid any less uncomfortable.

This date, she knew, was the karmic retribution she had to pay for her last relationship, which she was singularly responsible for destroying. And so when they walked into the coffee shop that was, until a few months ago, Miri’s neighborhood coffee shop, she wasn’t at all surprised to see that the barista was the same pretty tattooed girl who had always taken Miri and Ben’s orders when this was the coffee shop that they shared. But the squid had chosen the spot, so what could Miri say?

The squid ordered a chai, and the barista looked at Miri with a face that said: So you’re on a date with a squid, huh? And Miri wasn’t even mad, just ashamed because yes, yes she was on a date with a squid, and honestly it was the most promising date she’d been on in the terrible months since Ben had dumped her. She and the squid were both big Game of Thrones fans, and both played a lot of Mario Kart, and the squid’s messages had been polite and funny, or funny-ish, which was good enough.

So Miri got an espresso, and didn’t put any sugar in it, because she couldn’t stand the thought of the barista judging her and the squid any more than she already clearly was. The squid was pretty good looking for a squid, but still a squid, a squid who ordered sugary drinks. The espresso tasted like all the bitterness Miri deserved, and also her name was spelled incorrectly on the cup.

When the squid asked her what she did for a living, Miri knew the date was taking a turn for the boring, and that her less than impressive answer was a result of her own flagging ambition and that she could hardly feel sorry for herself when confronted with her own mediocrity. You reap what you sow, after all, and Miri had not sown seeds for success.

“I work in admin,” she said, and the squid didn’t have any follow-up questions.

They were sitting in an ocean of uncomfortable silence when Miri’s chair self-destructed, the back left leg snapping off with a CRACK that alerted everyone in the café to Miri’s unending embarrassment, a punishment, Miri knew, for not going to the gym, and letting her body go soft, and for eating all of those refined sugars.

She picked herself off the ground, her face not so much red as it was the color of a shame supernova, and the barista asked her if she was OK but didn’t apologize about the chair, and the squid tried unhelpfully to pick Miri off the ground with its many tentacles, all the while asking “Are you OK, are YOU OK, ARE YOU OK,” which just made Miri feel worse, but she smiled and said she was indeed OK OK OK, and her smile seemed to mollify the squid.

And when they left the coffee shop Miri stepped into a pile of dog shit and also her hair burst into flames. And as the squid tried to put out Miri’s hair with its flailing tentacles and also with Miri’s coat one of the buttons caught her in the eye and Miri yelped and the squid apologized, but Miri said that no, it was OK, she was OK, even though her scalp still smoldered and her foot smelled like shit, and she laughed a little, which helped the squid laugh a little, but mostly it still looked concerned.

She was about to say that she should probably go home now when a flying saucer descended from the sky, just over the heads of Miri and the squid, and shot a laser at Miri, and with a POOF it dematerialized Miri’s clothes into dust, leaving her naked and cold, and then it flew away again as though its sole mission in the universe was to ruin Miri’s day, and everyone on the street was looking and pointing and murmuring, which was awful but also exactly what Miri suspected people did when she walked by anyway, because she was always a mess, even when she wasn’t naked and bald and dipped in dog shit.

And even though the squid didn’t need to wear clothes at all, it clearly understood how uncomfortable Miri must be and offered to go buy her some clothes, and asked if she was cold, if her head hurt, and marveled at her bad luck, but Miri just said she was OK over and over again, even though her chin trembled.

The squid gave her a confused look and asked her what she could possibly mean by that.

And Miri explained about how Ben had left her for not helping with the dishes more often, but mostly for gaining so much weight, and how she worked a stupid boring job because she had no ambition, and how she was fat because she was lazy, and how she stepped in dog shit all the time because she was careless and graceless, and she was subject to spontaneous combustion due to her poor flossing habits, and aliens often attacked her out of the blue because she never prayed to the good Lord Jesus Christ like her mother had told her to so many times as a child, and she was weeping, weeping as she confessed the truth of her horrid karmic standing.

“That is the most absurd fucking thing I have ever heard,” the squid told her. “No one deserves all of that just for being a human. And also, aliens are real assholes.”

And the squid took Miri back to its apartment. The squid made her some tea with honey, and then rubbed aloe onto her burnt scalp, and wrapped her naked body in a warm, woolen blanket.

“Are you feeling better?” the squid asked, and Miri said she was. “Well,” the squid said. “I think you’re pretty OK, Miri. You handle bad luck with grace and charm, and you look good burnt and also bald, and your laugh makes me smile, even if your bad luck does not.”

And Miri laughed, and told the squid that the squid was pretty OK, too, and especially kind in this moment, what with her baldness, and her nakedness, and her tears and her bad, bad luck, and how pleased and grateful she felt for that care and for that kindness.

And they didn’t so much have sex as they just held each other, the squid’s tentacles hugged tight and reassuring around Miri’s body, pushing the folds of her flesh into configurations that were both pleasurable and comfortable, and she was so happy for the softness of herself then, for the pliability of her body, for its heft, and fat rolling tears dripped off her chin, and she was so glad the squid was no taller or they would not fit together so gracefully, so aptly, entwined as only woman and squid can be, and it was like the opposite of punishment, it was like relief. It was relief from her constant expectation of failure and it was good, and it was warm, and in her mouth still echoed the taste of honey.

And it was exactly what she deserved.