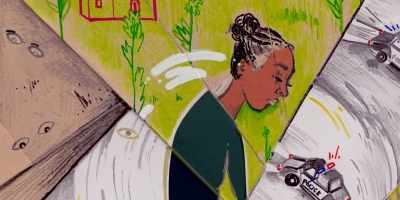 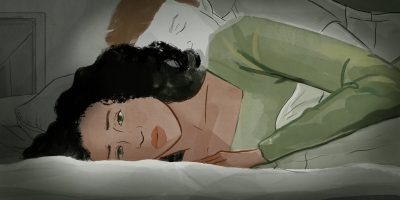 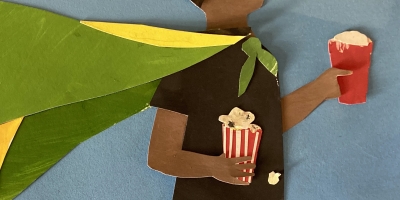 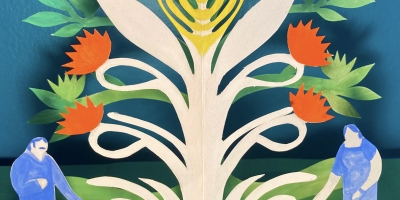 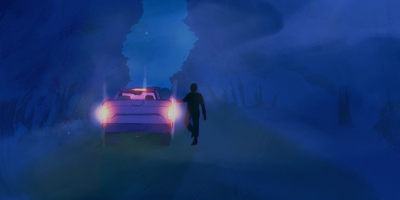 Both my grandparents were given away at birth to local residents as handy workers. This is what I know about how they met: my grandfather passed my grandmother’s house on his bicycle, then had his cousin ask her guardian if he could marry her. The answer was yes.

I don’t know how José Villarreal lived his entire life not knowing how to read or write yet survived in a town like New Braunfels. Perhaps, I do know: my grandfather was the definition of resourceful. My father, who qualified for Mensa, claims his father was at least ten times smarter. I don’t know how my grandparents survived in a town that had a separate water fountain for Mexicans, or how that’s even legal when their entire family was born in the United States, my grandparents included. Who sings America?

I don’t know for how long my father spoke Spanish, but I know his school failed him in kindergarten because they heard him speaking it in the classroom. I don’t know how José explained things to Manuel, but my grandfather must have pointed to himself as an example of what not to become. I know jobs are measures of success in my family, and I suspect that originated with my grandfather. Another thing I don’t know: how it was that my grandfather was both José Villarreal and Pedro Villarreal. It was always strange when people in the same room referred to him differently mere minutes apart. I don’t know how he toggled between two distinct names without pause. What if his names had been his opposite fates like with Job in the Bible—prosperity and plague?

What was our family’s good fortune? That my father survived the Vietnam War. That he returned home with all the digits and limbs he left with in the first place. I know my father scoring in the genius range kept him off the field as a grunt. A number—148—might be the reason I exist. The army wasn’t going to risk that brain in combat, not when it could be crunching numbers or computer coding. I know that my father Manuel Villarreal mostly worked in offices in Biên Hòa and Saigon. The army promoted him four times and trusted him with financial data.

Don’t get too cozy with the good fortune because this is where luck ends.

What about our family’s bad fortune? How far back do you care to go? I don’t know what it must have been like for my grandparents to learn that my father, their firstborn, was being drafted into the Vietnam War. How it rattled their bones, what it did to the blood whirling in their heads, how it affected their breathing or heart rates. Sure, he survived, but back in the United States his body started falling apart. In my lifetime, I’ve witnessed my father go under the knife seventeen times. Operations for his brain, spine, both knees, shoulder, feet. Have you ever heard of a doctor breaking all of a person’s toes just to straighten them out like pencils? Now you have.

Job faced worse the Good Book tells me. The point my father always stressed was to have faith. He taught me to have faith and to always have a job. Employment equaled a future. Let’s not pretend. This happened to our family because we were poor and brown, and the government has never cared about young men in community colleges or trade schools. I know about the draft, about how in 1969 my father left my mother in San Antonio and flew across the world to Biên Hòa, where he didn’t belong, to an area where over 20 million gallons of Agent Orange would be purposefully dumped. This is about jobs and what I’m beginning to understand. This is about a dirty job my father was conscripted to do. It was a job he had no say in. This is about a job my father will never forget and one he strangely feels pride about because he survived. It was a job he performed for the military. It was his job to get home alive, in one piece, in a condition his family and girlfriend would recognize. It was his job not to let what he experienced damage him so badly that those back home would scream or avoid him. It was such a thankless job, but the PTSD was free.

It’s now my job to tell you about what happened to my father and to us. Don’t whisper that the government was responsible. I know, I know. It’s a memory hole trick now to keep you from knowing how many Vietnam vets were poisoned and how many of their offspring were born with health problems or developed them. The statistics are astonishing. But if you have one job here, it’s to keeping reading and believing what happened to my entire family. When you’re finished with our story, multiple that by the number of Americans and Vietnamese affected by this war. This is the art of begetting.

It’s hard to think of a person the world cheated more than Sulema Villarreal. Parts of her life, nearly all out of her control, shamed her. I know she was one of six or seven children born to a prostitute, who gave her away. Born a twin, Sulema Treviño grew up knowing that not only was she given away but that her sister, Teresa, was kept by their mother. I know the phrase my grandmother repeated most in her life was “Fui dada”¹ because I heard her say it at least thirty-thousand times.

This is the story of an orphan who by age seven was ironing curtains while standing atop a chair, and by age eleven was shipped away to West Texas to be a migrant worker. I know Sulema spent her days picking cotton under a blazing sun while other children discovered the joy of games and books while being loved.

I know stories of how my grandparents met. How my Grandpa José was infatuated with my Grandma Sulema. She was fifteen and he was twenty-one, and fate moved fast because three days after her sixteenth birthday, they were man and wife. I don’t know what kind of life an orphan like Sulema dreamt of, but I doubt it involved knowing her twin sister—the one their mother kept—married for love, while Sulema was married off because it was time to double an income.

José and Sulema’s begetting started immediately, and my father Manuel was born in 1947 and my Tío Gilbert soon after that. I don’t know what kind of life an orphan like Sulema dreamt of, but I doubt it’s one filled with more poverty, one in which feeding your growing children is an endless worry. This is a story about living on I-owe-you’s at the school cafeteria, at the pharmacy, at every place that served the necessities of life. All the bills were settled the day my grandparents were paid, which meant that 72 hours later they were in the hole again. It meant the family was back to eating rice and beans twice a day. It meant shoes were rarely purchased. It meant that the greatest pleasures had to be free—like playing outside in the rain and listening to the train howl through their backyard.

I don’t know how my grandmother Sulema raised two sons and navigated life as a woman with an illiterate husband. Especially in a racist, segregated town like New Braunfels with establishment signs that read No Dogs, No Negroes, No Mexicans.

I know my grandmother worked at the West Point-Pepperrell for almost her entire adult life. She was responsible for putting thread on spools and later for sewing fabric. Working with cone-shaped spoolers was a loud enterprise. Her work at the textile mill was a steady job with a decent pension, but it was dangerous operating automated machinery.

During one of her shifts, an industrial-size needle seized a stretch of fabric under her palm and yammered up her hand, sewing a hem on her brown skin. Yes, she was maimed, a tendon torn. Even after recovering, her hand remained shriveled like a winter branch. She was left unable to grasp a glass.

The textile mill moved her to the dye and color department, where she labeled fabrics with numbers: 187 Yellow, 242 Red. These numbers were her new lingo. Color was something she had a natural eye for, because as I later found out, she could tell within seconds of walking into a space if we were the only Mexicans. This was her reality that never relented—colorism. Her brownness could never be diluted, forgotten, or muted. Her English was forever tinged with Spanish pronunciations. My grandmother’s eyes were discerning, detecting subtle differences in color, in vocal tones. She knew when something was off, even by a centimeter, by a shade, because the majority of her life had been off.

This is what I do know: nobody wants to be given away at birth, married off as a teenager, denied entry because of their pigmentation, maimed, have their son drafted into war. What is a life if it’s rarely been yours to shape or control? What if your feelings or protestations never mattered, not even once?

A story Grandma Sulema told me throughout her life: when she was in grade school in New Braunfels a white teacher was assigned to her segregated class of Mexican students. This prim white lady tried to teach the children the nursey rhyme “Pop Goes the Weasel.” The lyrics made no sense to my grandmother or her classmates, so instead, at the chorus they loudly pronounced an alternate rhyme, “Papas con chorizo.”² This recounting always made my Grandma Sulema laugh. I don’t presume to know her biggest rebellion in life, but what if it was singing about her culture when she had been expected to regurgitate scripted nonsense? What if your only relief is unapologetically reminding those in authority that you are not them, that you hold a space, that you refuse to be erased, that you have a voice? And what if maturity, laws, men, and hunger cause you to stop speaking up and keep your head down?

This is the story of someone who was raised hungry, whose appetites for anything life had to offer were rarely satisfied. This is the story of a woman who was born from the womb of a prostitute and who died on Good Friday. Your reading this account is part of her resurrection.

¹ In English, it translates into “I was given away.”

² In English, it translates into “Potatoes with sausage.”