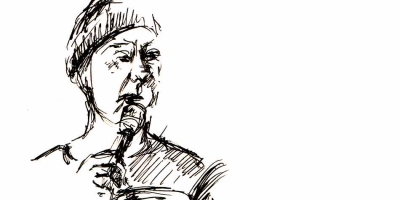 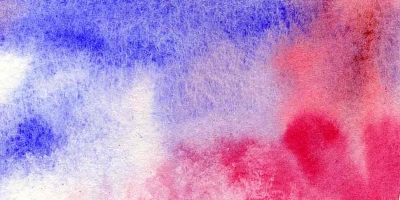 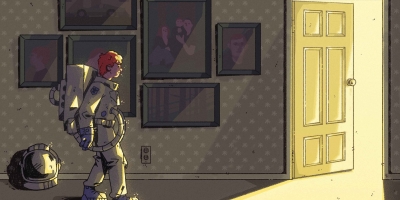 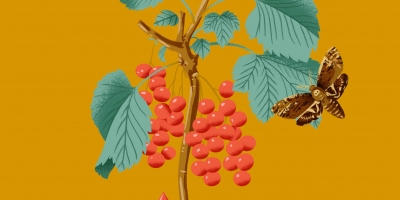 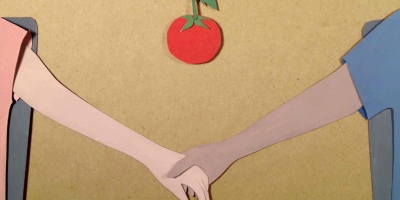 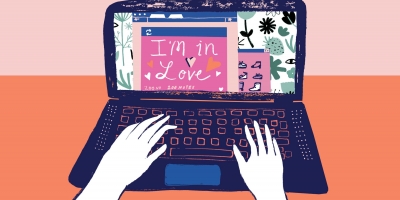 About the second week of October I slammed the little finger of my right hand in a bar bathroom door, right on the first joint below the nail. I was so drunk that I didn’t notice how bad it was until I got home and saw the wound in the harsh light of my bathroom—the skin pulled away, the meat underneath shiny pink and yellow and red. I washed it out, bandaged it. It felt a little numb, and sore along the joint, but I thought nothing of it. I had healed from worse things before.

Very little language exists for the stage between the sick and the well. Healing is all we’ve got, I think, though we have many words for its objects and effectors: salves, balms, oils and compresses, plasters and tinctures and ointments. The material of healing—particularly spiritual; the red and white prayer candles, lumps of amethyst and quartz—seems like an extrusion, a way of making the pain manifest, as though it might bleed out into salt and be gone from us. So much of pain is internal, must be inquired after. Every hospital room I’ve ever been in has had a pain chart somewhere near the bed. How much does it hurt? Show me.

Healing literally means making whole. It is also a gerund. I find this reassuring. Healing does not mean making better—that is growth. It does not mean improvement, some kind of higher stage or form. It just means restoring what was lost. It means bringing up what was dropped. There is less pressure to healing; it feels as though it is an attempt at regaining the way of things, wherever that wholeness may be.

When I was sixteen, I was on the cycling team in high school and got into a bad crash that took me out for the rest of the season. I was going down a curve far too fast and got caught in a patch of gravel and lost control. The left side of my body was torn up from knee to shoulder—road rash, it’s called, that battery of scabs and cuts and bruising you get from skidding your flesh along asphalt. The titanium frame of my racing bike was torqued entirely out of shape.

Yanked from the team by my concerned mother, I busied myself the rest of that spring watching myself heal. I’m not sure when I first started observing the process of my wounds, but now I always pay close attention. The plump yellow scrapes in my hands knit back together, leaving puckered dry scabs that I resisted picking, and six years later, the only evidence they were there is in the map below the faint mottled pink of my palms when I lift them to the light. The bruises turned a terrible blue; oozed into purple, yellow; then faded into nothing. Above them my skin thickened, peeled, then healed, shiny and pink, with a tiger-stripe swath of scars. I remember being fit for a formal dress shortly after the event, and the seamstress, seeing the ragged scrapes on the back of my arm, asked what happened. “Bike accident,” I said. She nodded. It was visible.

Less visible: the pockmarks in my memory that began to appear as I rounded into my twenties and depression started claiming the space on my dance card meant for other, better lovers. A week of January gone. All of November. February.

Less visible: the heartbreaks, various traumas, and emotional gut-punches that have left me skittish as a deer, wide-eyed in the face of what could be another incoming disaster because I have no idea what the road looks like ahead.

I’ve never been asked to rate my depression on a pain chart. Or the amount of internalized shame and anxiety I bring to what should, in an ideal world, be ordinary if not particularly easy, like falling in love. No one has asked me to drag my finger along the row of cartoon faces—smiling, smiling less, smiling yet less, neutral, sad, crying, inconsolable. Anyway, what could one say when faced with such a question? Tap the expressionless face and say, “I’m here, except for when it’s a twelve, twelve being terrible.”

The invisibility of a malady like depression or, say, racial trauma, which doesn’t manifest on the body in obvious ways, makes it equally hard to heal. Or so I think. Hard to track the healing of heart and brain—sure, the pop and fizz of my first day on antidepressants, the realization that I no longer cried at the mention of small children or my mother. But what about learning to recover trust or learning self-love?

This is where I believe the magic comes in: the salts and candles, the beeswax and herbs and gratitude journals. By manifesting this invisible pain, we give shape to things for which we can’t make full pictures. Once, years ago, heartbroken, I made up a ritual with a friend. We smudged his room with sage and scattered salt behind us. We wrote notes on pieces of pink paper and burned them in a fire.

Hard to say the first time I ever got my heart broken. I’m young enough still that in retrospect everything feels like a series of false starts—the first boyfriend who starts out sweet and ends up emotionally abusive and controlling; the lover, young and stupid as me, who reduces me to my race and apologizes years on.

I’m eighteen and I’m crying on the phone in the basement studio of my dormitory. I’m nineteen and I’m sitting outside on Cross Campus watching the streetlights come on in the fog while someone tells me something I already know. I’m twenty, feeling stupid for flying all the way out here, and the desert doesn’t look anything like home.

In the ritual I did with my friend when I was nineteen and he was twenty, I wrote, “Fuck you,” and burned it. I wrote, “I am strong and I will find love,” and burned that too.

I learn, at some point, an important lesson: it hurts over and over again because you never lose your capacity for feeling. This hurts, too, but it’s a sign that you can heal and feel again.

October came and went. I watched my little finger heal—the wound went a sick glossy orange, then the flesh pulled itself back together. The tip was numb for several weeks, then went through a stage of constant pins and needles. Now it’s fully healed, with the same sensitivity it had prior, but it’s a little bit crooked at the joint, a constant reminder. Of what? Well, that things don’t always fully heal. Sometimes they aren’t meant to—the piercing that leaves a fistula. The tattoo that’s poked under the skin and lives there. Some of these are intentional. And others, undiscovered: the malingering cancer.

We celebrate those who heal and recover in spectacular fashion. We focus the camera on the blurry before and pan in a wide, beautiful arc, to the glorious after. Healing is superhuman, inspirational. Yet the truth of it is that healing, for everyone, is a long shot full of friction. It takes medicine, magic, months, years. And the truth of it is that drawing a dichotomy between sick and well serves no one.

We are all between the sick and the well, in the place where reforming is constantly happening. You know the tropes: your skin sheds a little every move you make, every seven years your body replaces itself, and I could write for days of the wonders of cell division. But we are in this liminal space, too, in our heads, in the constant learning and unlearning and relearning that is what it takes to be whole again.