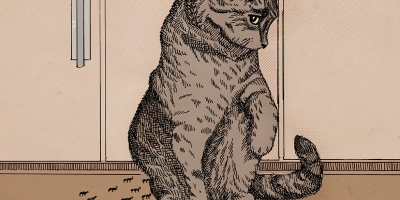 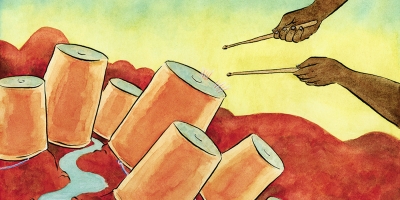 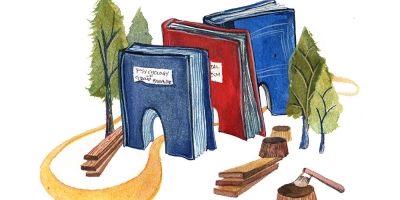 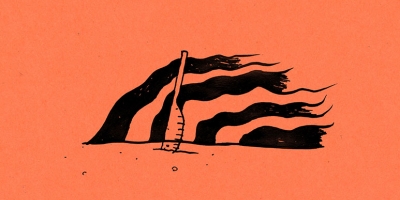 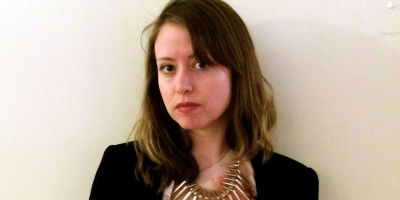 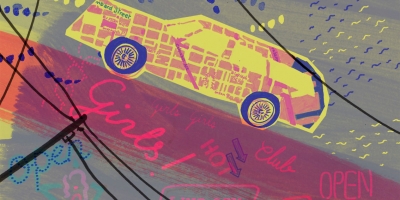 The Lives and Loves of Intricate Cakes

Last year I saw a photograph, poorly angled with shallow focus. Its subject was a thoughtful slice of cake. And inside the cake was what can only be described as intricacy. I hesitate to call them layers. There are many false foodstuffs stacked and rotting in my halls. This cake, my cake, went beyond. Cradled in a fashionable wedge of daylight, I wanted it more than any cake I’d ever seen. It called to me, and I felt changed throughout, not for the better or worse, but for the more complicated and perpetually dissatisfied. I found my teeth yearning for the cavities of subtlety and feared the days before me would yawn together in blandness and regret.

This is when the dreams began. The cake dreams. The mostly cake dreams. Once I was a Dippin’ Dot and died alone, uneaten, though this was an anomaly. Frequently, I am about to be consumed. Note: I am not always consumed. Once I was a slice of chiffon on the Laurentian Plateau and froze mid-flight upon the wind, clay pigeon to the Ice Age. Often, I die in the recent past. I am savored in the 1880s but last mere seconds in the 1950s, even on the streets, where the dogs disembowel me and are rewarded with cigarettes and the promise of America.

Note: I am not always consumed. Underwater cake dreams are the saddest of the lot. When there is light, I float past pieces of myself and wait, perhaps, for the swiftness of gulls. When I am miles beneath, I hear nothing. I see nothing. I know only that I am tearing at the seams and lost.

Sometimes I am served with a tab of acid, and in the dream where I am cake I dream I am the plate as well and tremble with the algid loneliness of overshadowed porcelain. Once, I was the slice of Mussolini. Once, I was a cake in love and wept, unwanted by you.

I have asked my therapist the meaning of these dreams. She says, “Note: You are not always consumed?” She says to “self-examine.” I have never baked a cake. I want to understand myself. I want to be better be better than this better enough to be enough to look better to look at a mirror and see better than nothing just better and stop gnawing at the air. I am unwell. My chin is dripping. I have begun to fear the rain.

Lately, I am attracting a certain sort at the cinema. After a passionate exchange, one man whispers I am not gluten-free. Some days, the children that gather have death in their eyes and fidget through the trailers; then, once the lights dim, they are all of them upon me and fanged. I do not have children in human or dream-cake form, and when the world collapses I will lack first-person-shooter-weaned progeny and succumb like a twig to the maelstrom. I miss my father. I have taken to prowling the streets for outdated technology to cope. It is becoming a problem, says my neighbor. I have framed our doors with radios and wrapped my arms in cassette tape. For three nights I sleep like I’ve limbs.

My office work is suffering. There are fresh signs around the entryway for adult counseling. I have consumed 258 cakes, died 362 times, and gained 47 pounds. I have worn these seasons like a slap to the face and am waiting for the marks to fade. I tell my colleagues, “Last year I saw a photograph,” but still they avert their eyes. I’m not making any sense, they say. I am starting to falter at room temperature and nap for hours in the bathroom stalls. I am an embarrassment, says my boss, but in public I smell utterly delightful, even in the sun.

At my therapist’s, my words spit me out of them. The crumbs litter the floor. She has suggested a hobby. Soccer, perhaps. “Have you ever seen American soccer fans?” I say. “They look like fucking idiots. Just like Americans.” My therapist does not approve. She wishes to explore my self-loathing. I tell her I am exploring enough for the both of us. I tell her exploring doesn’t begin to cover it.

In my last cake dream I am my very own cake. I sit on the kitchen table within the one hundred fifty square feet of my pending midlife crisis and breathe in the warm air. I am tender with myself. There is a lot to appreciate, after all. I am not so good as others at being so bad to most, and for this I am grateful. I keep looking up at myself, and up. And there upon my face, bite after bite, I see it. In my eyes, looking down, the gash of loving someone you do not love.

The thing about ugly is ugly’s okay so long as you’re tall. Men figured this out early and now they’re everywhere: tall, ugly men. I saw one once with pants to my shoulders, and when I tilted my head his skin was in flux, swirling this way and that, and no one seemed to notice the warping. It clumped by his left ear and rippled between hairline and jaw until the train came and he stepped on and a kid puked on my shoes before I could follow. I thought he’d seen him too, but no. Just another puke-filled jackass on the way to tall and ugly.

Back home, I think it’s time I finally kiss Sharon. Sharon doesn’t want to kiss me back, she says. She says, “I really appreciate you as a person.” The person part being my car with the working heater and the way my brother smiles at her and my not charging rent. “I don’t know if you know this,” she says, “but I’ve always been a big supporter of the gays.”

“Not financially,” I say.

And that’s that. She moves out and marries my brother a year later, who is tall but not ugly, though that only makes things worse. They live in Florida now, I think, somewhere near Boca with their dumb faces and their small dogs and it doesn’t matter I hope the ocean swallows them like a goddamn pizza or some really good air.

I keep thinking about relativistic speeds and the lengths people will go to for reciprocation. All the small parts shifting inside so quick to keep the gunking up at bay. If you’re like you, you might think, hey, so what. But if you’re like me, well, all that shifting can’t come cheap. It’s like you’re wanting and grasping and blinking on and off at the speed of light. And all the ams and am-nots at any given point aren’t even stopping to say hello, good to see you, how’s it going in Amville today? Just boom boom boom until your organs get confused and shrink and puddle into anxious. And you know what? That’s a dick thing to do to an organ. You can only worry a heart so much before it starts to spoil and smell of rotting meat. And your figure starts to slump. You owe your shadows so much better than a pungent half-you. All I’m saying is it doesn’t come cheap, all that shifting, all the reds and blues. Hunched so low with your eyes in your boots, squinting tiny through the grommets, lips dragging like a spur. I see it in myself, you know. I see it on the platforms. So much lonely reaching when the wanting is a war. Most days, I gotta say, it’s the showing up at all, the what-if-I-run-into. It is the trauma of your face that keeps the subway from my toes.